skip to main | skip to sidebar

Octarium, the eight-voice a cappella choir founded locally in 2001, gets better every time I hear it. The ensemble’s concert Friday at Visitation Church showed off the meticulous blend and fresh, youthful sonority that the group has become known for. They sang the repertoire from their new self-produced recording, Essentials, which is available at http://www.octarium.org/. Octarium, whose name means “eight as one,” was founded under the direction of Krista Lang Blackwood, a choral co 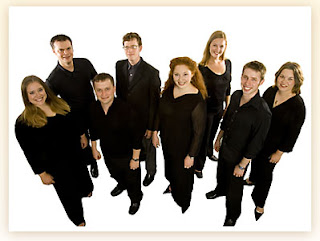 nductor and former Kansas City Chorale singer, who prepares the ensemble but allows it to sing sans directeur in concert.

While larger groups that perform at Visitation sometimes sound muddy, on Friday the church’s almost-too-lush acoustic was flattering to Octarium’s fragile balances and exposed textures. Maurice Durufle’s Ubi Caritas sounded ravishingly beautiful, and except for the faint whisper of the church’s air units it was extraordinary how audible and warm the super-pianissimos sounded — not blanched-out, but with real fiber and substance. Equally impressive was the male fortissimos of the Rachmaninoff Vespers excerpt, which was muscular without sounding forced. William Byrd’s “Sanctus-Benedictus” from the Mass for Four Voices was captivating for the continuity of the successive entrances — so impressive, in fact, that I found myself wishing they’d just go ahead and sing the whole mass. (In fact overall the concert felt a bit too excerpt-y.) They also excelled in light-hearted works like Josquin dez Prez’s El Grillo and Orazio Vecchi’s Fa Una Canzona, which were suave and convincing while avoiding cutesiness. Antonio Lotti’s “Sanctus” from the Simple Mass was clean and direct. Stanford’s The Blue Bird featured a delicious solo by soprano Ashley Elizabeth Winters, with a voice as sparkling-clear as a chilly mountain stream.

Traces of Octarium’s earlier bad habits were still apparent, like the tendency to allow hyper-expressiveness turn into preciousness and sluggishness. Randall Thompson’s Alleluia, a pretty straightforward piece all in all, grew so willowy that I lost a sense that it was going anywhere. Bruckner’s Os Just

i seemed to yearn for a fatter choral sound, and its surprisingly tricky attacks caused mild messiness. Palestrina’s Sicut Cervus felt weighted-down. And the “Shenandoah” arrangement sung as an encore was in dire need of some pep. (It’s a melancholy song, but for heaven’s sake it ain’t high tragedy.) Most disappointing for me was Monteverdi’s flashy madrigal Ecco mormorar l’onde, which needed more fire in the belly — more flamboyance, for instance, in the delivery of its jolting, jubilant chord shifts.

But this was a fine concert anyway, capped by one of the most beautifully gauged renderings of Samuel Barber’s Agnus Dei you’re likely to hear. It’s an a cappella choral arrangement, by Barber himself, of the famous Adagio for Strings, and once you’ve heard it sung like this you might never go back to the over-performed string version. 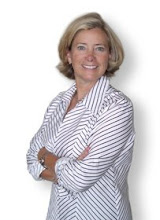